The history of our company

The year is 1980, domestic camcorders were released for the first time, The Empire Strikes Back was selling out cinemas and the Post-stick arrived in our offices. It is also the year Joachim Glatthaar had the courage to found "Joachim Glatthaar Construction Business. " 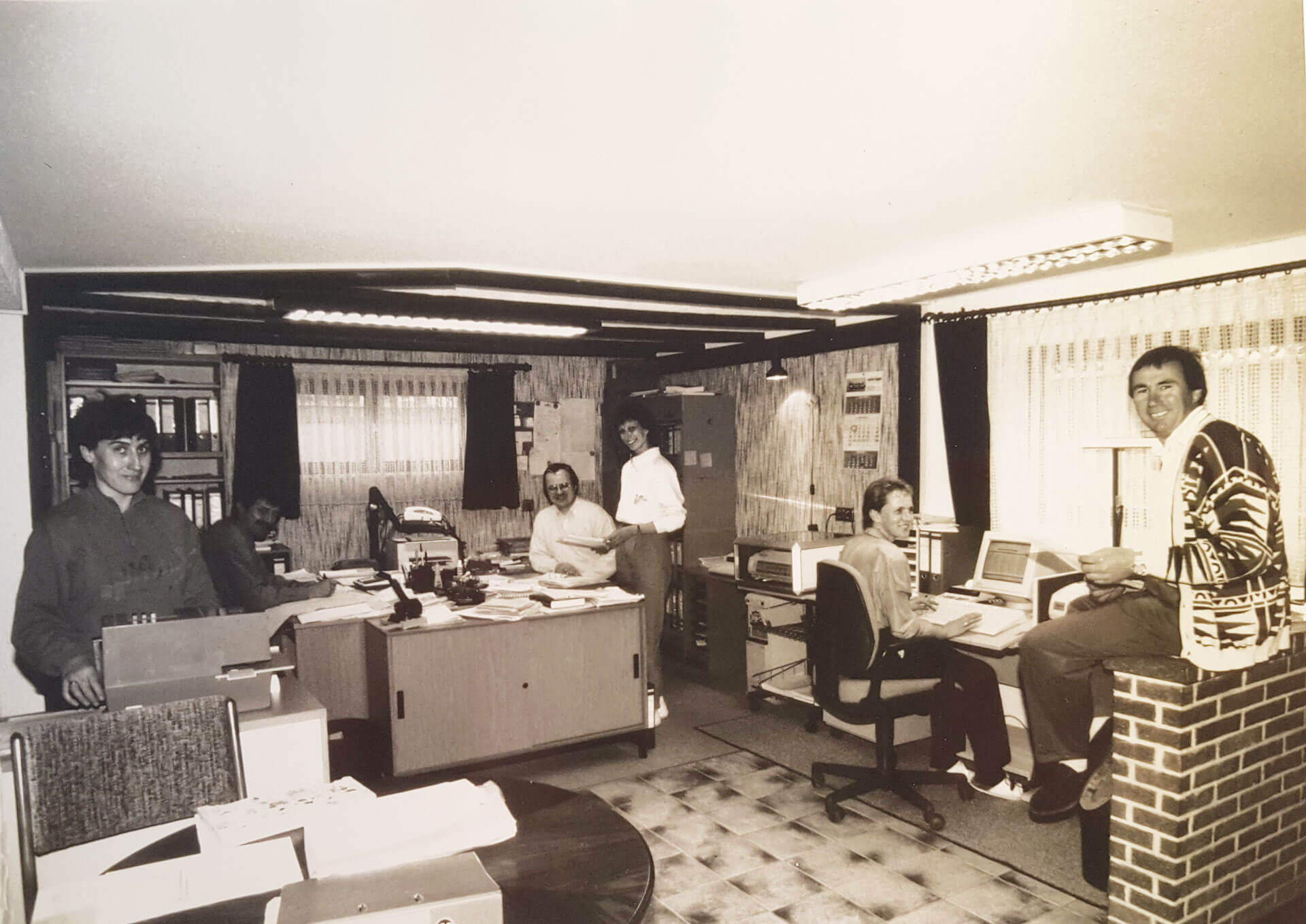 Now, on the 40th anniversary, let’s take this opportunity to look at some of the key events which have helped shape the company. Joachim set about constructing his first prefabrication plant at Schramberg in the heart of the beautiful Black Forest. An area better known for its stunning views and of course the Black Forest gateau. As a British child the prepacked gateau represented a far superior pudding to our usual jelly and ice cream. In a similar rhetoric Joachim’s vision for the production of high-quality prefabricated basement elements which could be delivered to site for construction was a key decision in the success of the company. Throughout the 1980s its reputation for innovation and quality grew throughout West Germany and glatthaar fertigkeller started travelling internationally, working with prefabricated house companies, further helping to increase growth and market presence. Little by little the manufacturing plant was improved resulting in a very modern production facility. In 1987 it achieved its first standards’ accreditation from the German Institute for Quality Assurance and labelling. Ongoing monitoring and recertification over the following 33 years means glatthaar still hold the quality assurance label today. 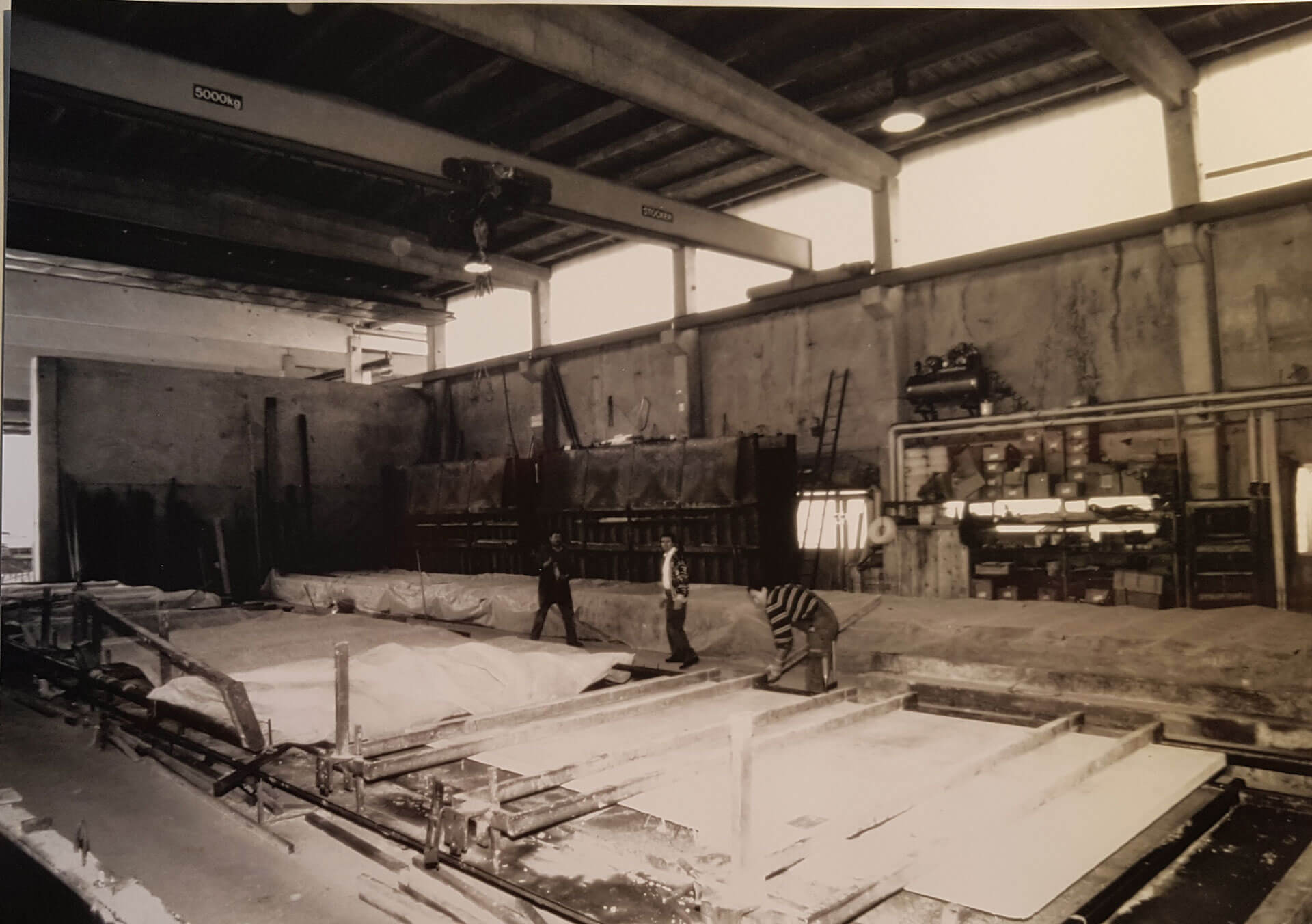 By the end of the first decade 120 basements had been completed and business was growing fast. The start of a new decade saw fundamental changes to the foundations of Germany. Reunification kicked off a construction boom. In 1994 glatthaar opened offices in the former East German state of Saxony-Anhalt. 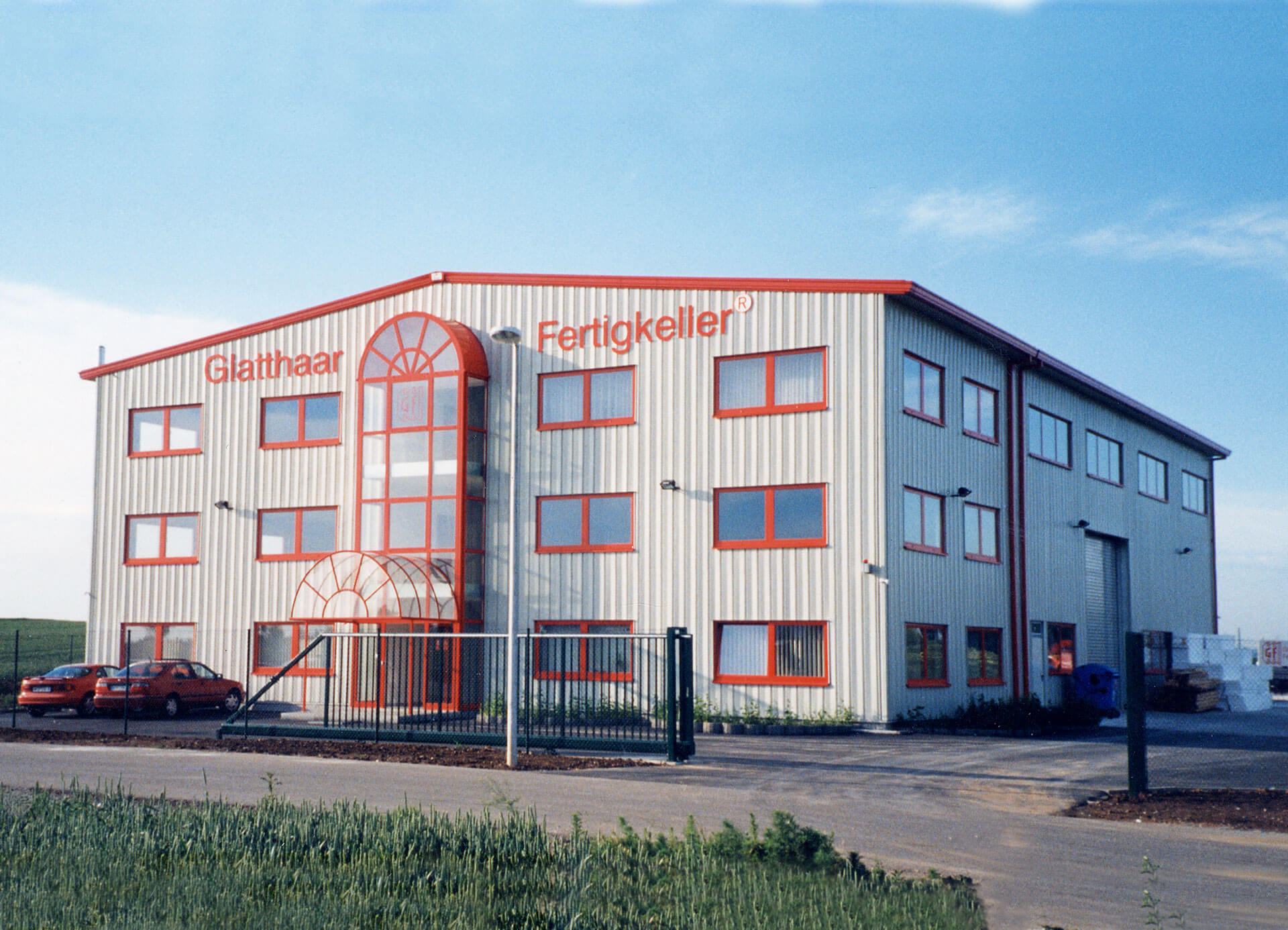 Increase in demand led to the construction of the second precast concrete plant in Schramberg. The special feature of the new plant, was a modern pallet circulation system (a highly automated system allowing for the mass production of reinforced concrete precast elements) with which a very high-quality standard could be achieved.  In 1996, as demand changed glatthaar developed its first Mini Basement, created where a full basement was not required. It provided a useful addition to a slab foundation. The Mini Basement still performs well in the portfolio today. 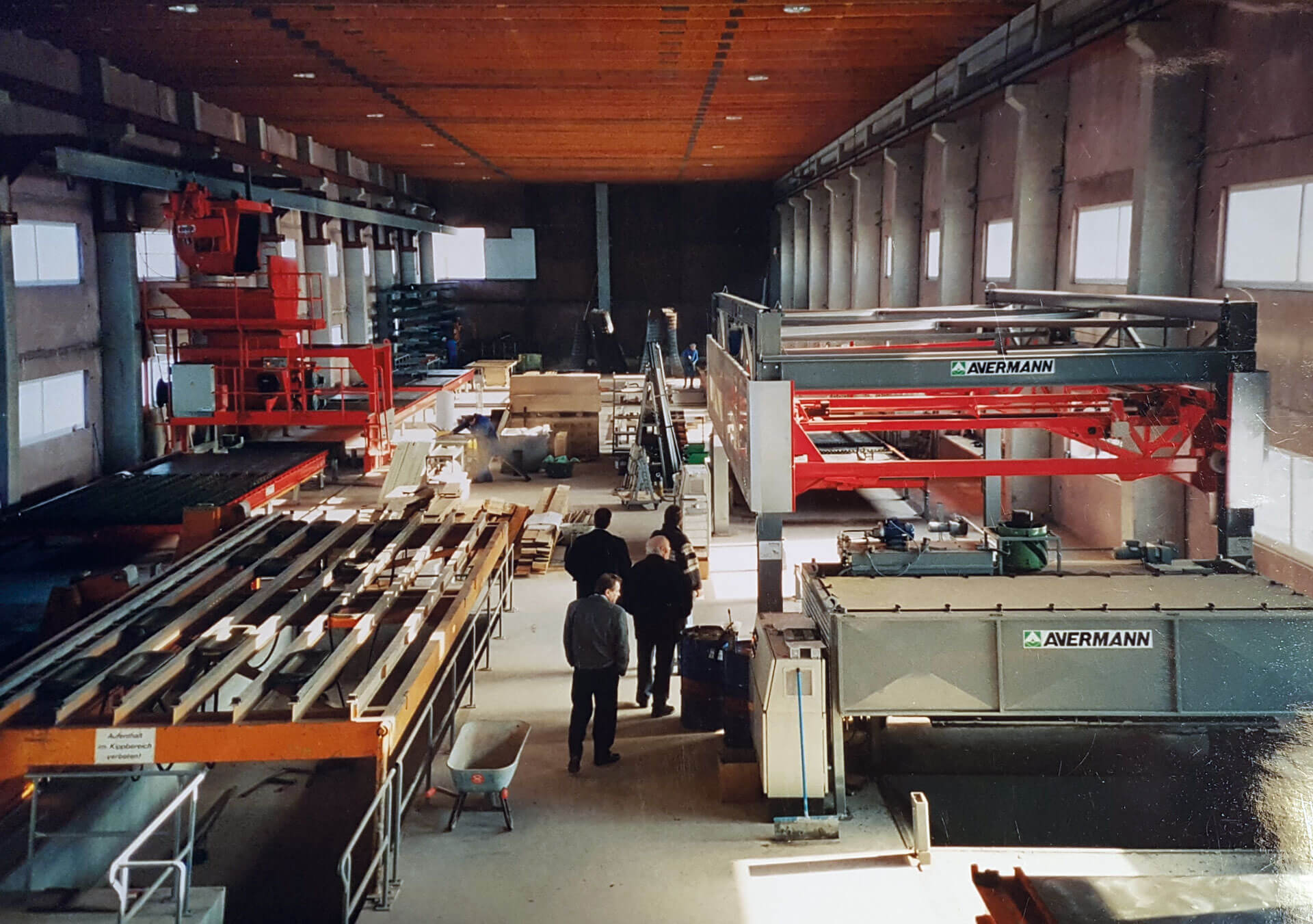 In 1998 a special machine was developed for the production of the iso-twin wall, a design which still forms the basis of our wall designs. The Iso-Twin wall is the three-pane wall patented by glatthaar two layers of cast concrete are manufactured with a wall cavity and thermal insulation integrated in the core. The cavity is filled in situ with concrete after being erected on site. This allows our design to be both flexible and incredibly strong.
The start of glatthaar’s third decade came with a real estate construction boom across Europe. In the neighbouring countries of Austria and Switzerland more and more homes and commercial properties were being built. This is the decade where new country offices were being set up and in 2006 glatthaar opened their first office in the United Kingdom.
In 2003 the Innovation Forum was built in Dunningen-Seedorf. In addition to its function as a conference and training venue and as a think tank for prefabricated basement construction, the so-called "floating house" was installed, an impressive demonstration object. The concrete house, weighs more than 300 tons, floats in a water basin around 3 meters deep and is protected by the patented AquaSafe® sealing system. In 2009, and as the first and only basement construction company to date, glatthaar was awarded the TÜV standard certification "Planning documents checked". This seal requires an in-depth examination of all construction-related documents such as the construction and performance descriptions as well as company-internal work instructions. 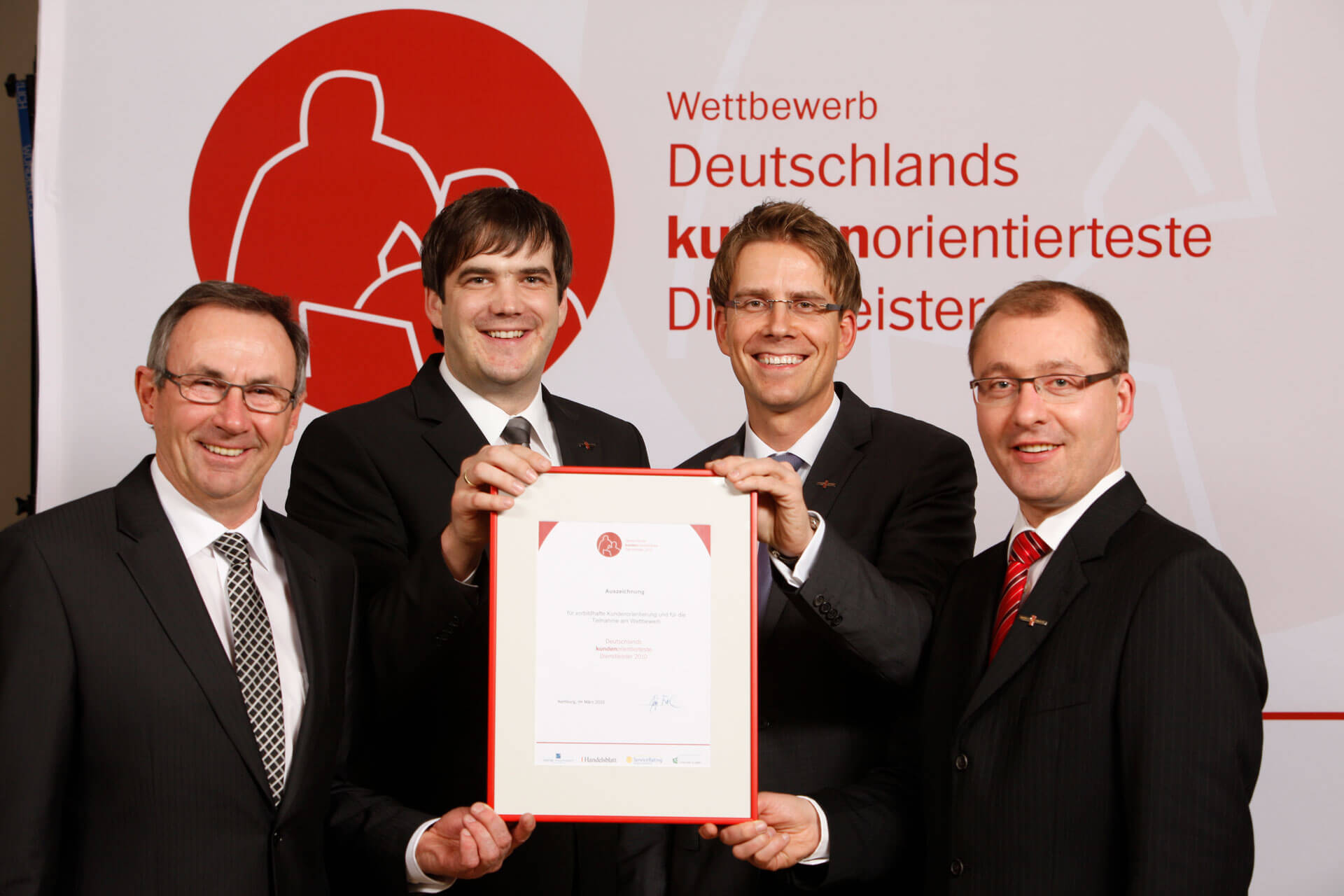 glatthaar fertigkeller ended the decade by receiving the special award "Best Recommendation Rate 2010", which was launched as part of the competition "Germany's most customer-oriented service provider" by the Swiss University of St. Gallen, the management consultancy Steria Mummert Consulting, the rating agency ServiceRating and the Handelsblatt. The coveted prize is an important sign of a customer-friendly corporation.
The fourth decade saw growing demand for prefabricated basements, which made it necessary to create additional production facilities. In 2013 around ten kilometers northwest of Koblenz in Neuwied am Rhein, the construction of a new, modern precast plant began, with completion in 2015. 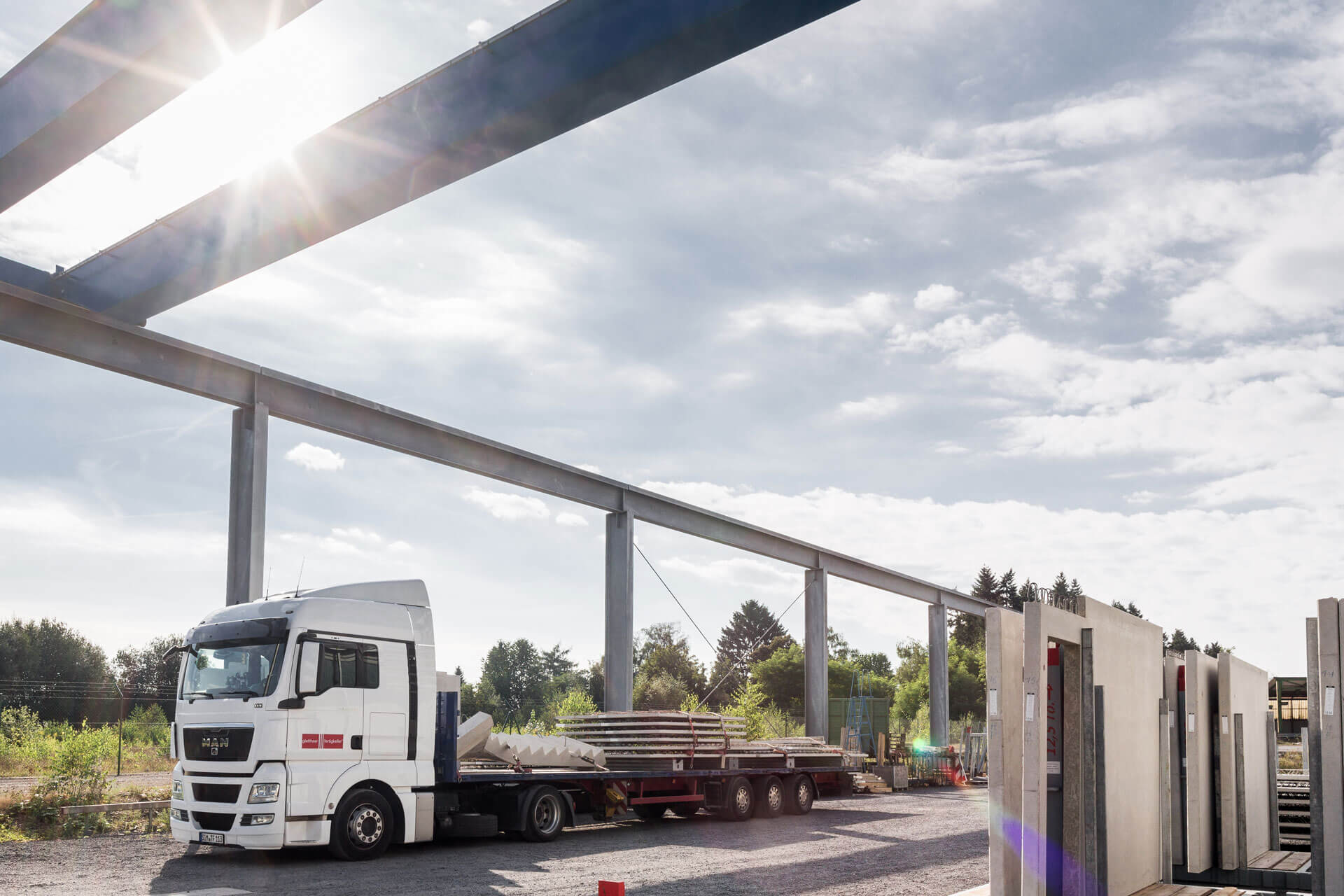 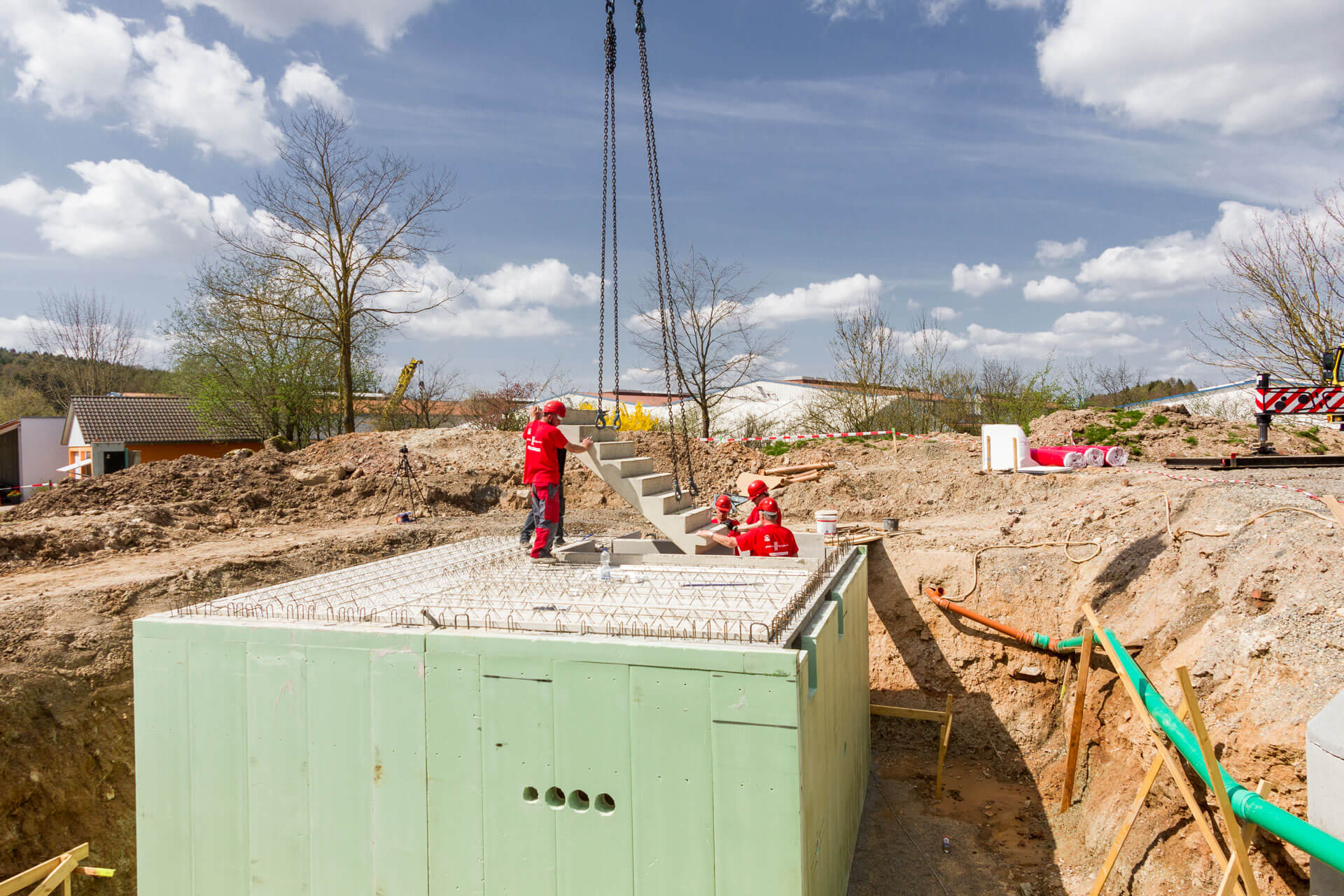 By 2017, for the fifth time in a row, the company received an award from FOCUS-Money as "Fairest Prefabricated Basement Manufacturer", which gives it the title of "long-term winner".  The new TechnoSafe® basement was launched in 2018, a modular basement for floor slabs. The special feature is that it consists of only two basement modules, the outer walls of which are already provided with thermal insulation at the factory. The TechnoSafe® basement was awarded the "Golden Cube 2018" in the Innovation category as part of the large German prefabricated house award from Fachschriften-Verlag. 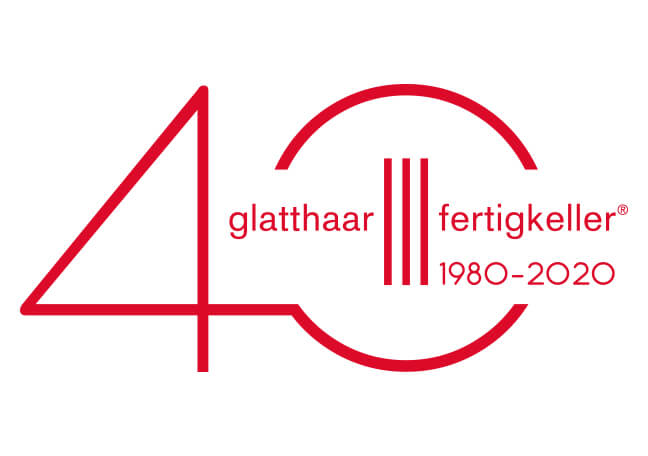 As we look forward to another decade of quality basement manufacture, we wonder if a young Joachim could have imagined completing over 64,000 basements since 1980. The original guiding principles of innovation, quality and customer service have served the company well in their rise to becoming one of the top basement manufacturers in Europe. None of this could have happened without the trust and backing of our clients who have supported the company over the last four decades. This is our opportunity to celebrate you as much as it is a celebration of glatthaar fertigkeller.